Explaining cyber risks to employees is one thing, but how about having a notorious cyber crook confirm what you’ve been telling them all along?

Our training includes an eye-opening conversation with Brett “GOLLumfun” Johnson, best known for his involvement with Shadowcrew and the precursor of the Dark Web.

Brett was responsible for refining modern financial cybercrime as we know it today. After being placed on the United States Most Wanted List, captured and convicted of 39 felonies, Brett promptly escaped prison.

Captured again, Brett served his time, accepted responsibility, and found redemption through his loved ones and the help of the FBI. And he credits Think Security First! founder Neal O’Farrell with helong him turn his life around.

Today Brett is considered a leading authority on internet crime, identity theft, and cybersecurity. He speaks and consults across the planet to help protect people and organizations from the type of person he used to be.

He was worked with leading organizations to fight fraud and cybercrime, including AARP, Visa, the FBI, LexisNexis, CapitalOne, Transunion and many others. 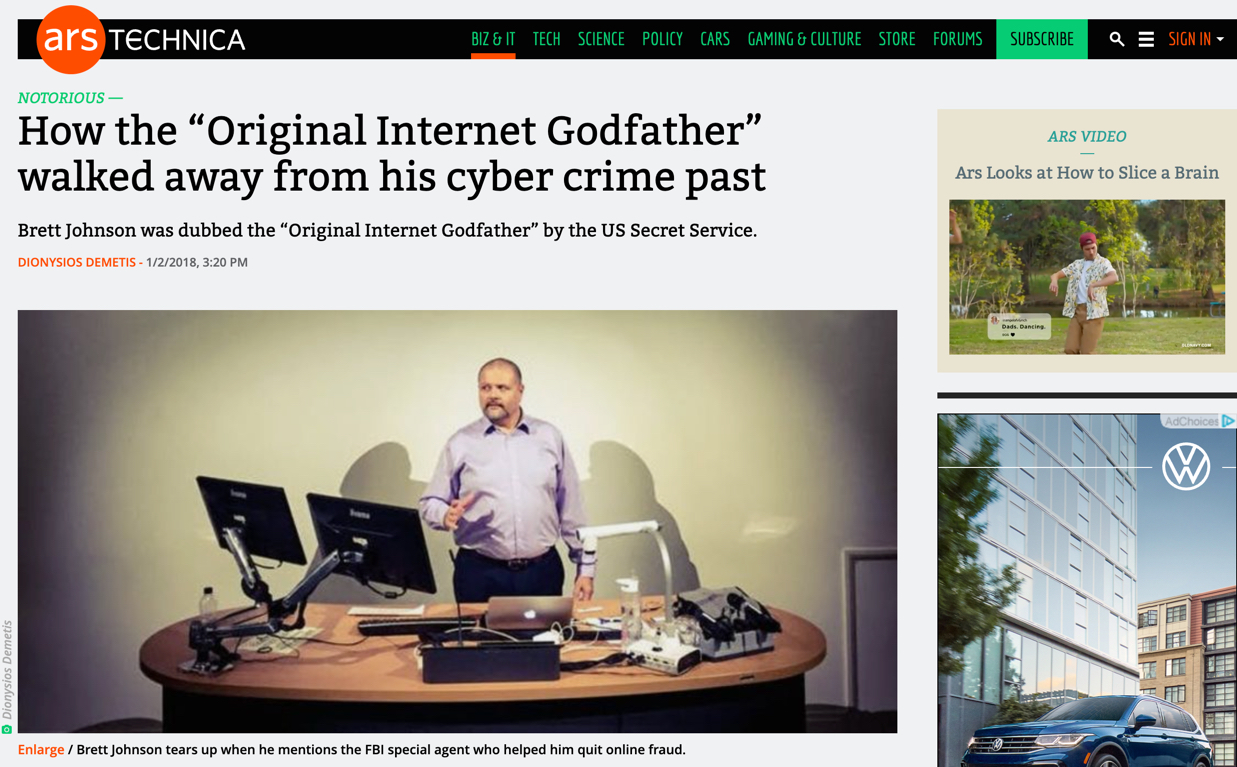