Imagine if you could use education about cybercrime and fraud to not only protect your members but your entire local community? And at the same time remind everyone in your community who you are and how you serve them?

Beat The Blaggards is both an education and a marketing tool, an engaging discussion with a world-class expert about preventing all kinds of scams and frauds.

Even better, it can be branded with your credit union and then shared throughout your community as a public service by you. No offense, but probably way more valuable that another annual shred day.

Your members and community are as vulnerable to cybercrime and fraud as ever:

Beat the Blaggards is one of the latest videos from Neal O’Farrell, and based in his more than 40 years fighting cybercrime and identity theft around the world, and even meeting and speaking with many of these cyber crooks.

The video was created specifically for credit unions, their members, and their local community, and can be branded with your logo, contact information, and call to action. 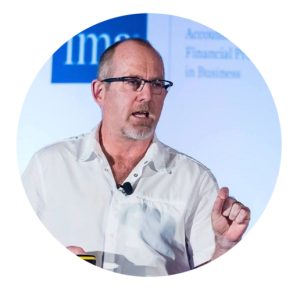 Only The Best For Your Members And Community

Beat the Blaggards was created by Neal O’Farrell, widely regarded as one of the longer-serving cybersecurity experts on the planet, 40 years and counting. He’s advised half a dozen governments, founded the non-profit Identity Theft Council (with the help of credit unions), served on the Federal Communications Commissions’ Cybersecurity Roundtable, interviewed numerous fraudsters and identity thieves, some in prison, and has won multiple awards for his work.

A reminder that when it comes to protecting your members and your community, you only work with the very best.

Check out the video.

WANT TO KNOW MORE OR GET SOME PRICING?